Foran Equine and RED MILLS Rider Bertram Allen and his new mount, the Irish Sport Horse Castlefield Vegas continued their excellent run of from, by taking a superb victory in Sunday’s €137,000 three-star Grand Prix at the Winter Equestrian Festival in Florida, USA. 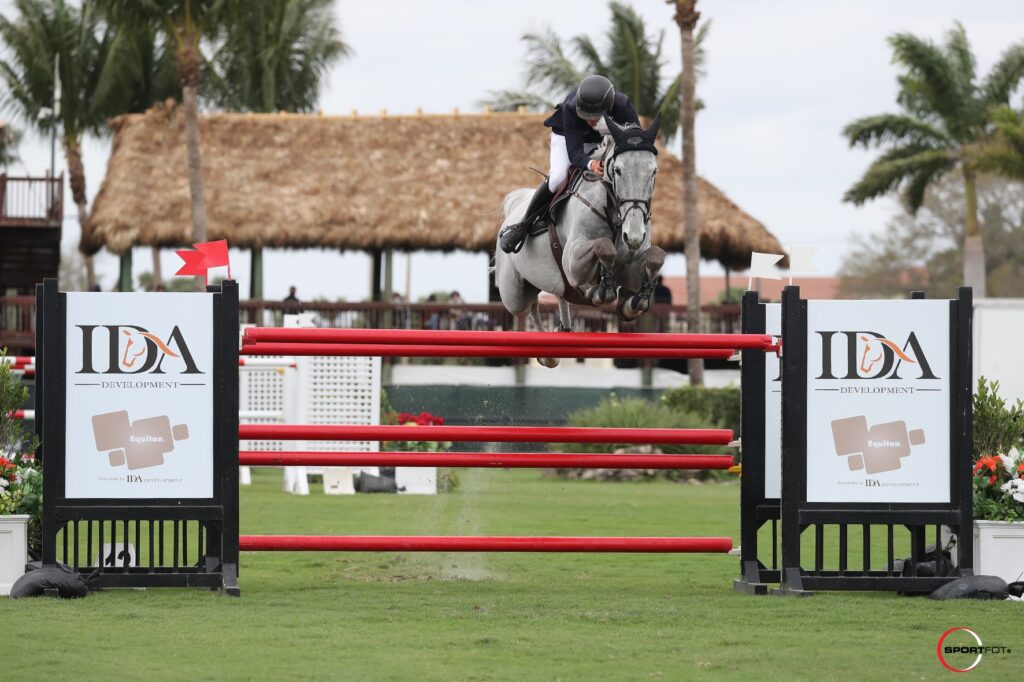 From a start list of 45 combinations, 18 made it into the jump-off and at the finish Irish horses and riders dominated the competition, filling four of the top five places. Fresh off their victory in the Adequan WEF Challenge Cup on Friday, Allen and the 11-year-old Irish Sport Horse gelding by Cassino x Lux Z did it again, putting forth a blistering double-clear effort to stop the clock in 37.10 seconds.

“I knew I just had to give it everything I had,” said 26-year-old Allen. “I didn’t watch Nayel’s round, but I was talking to a few people and they said it was very fast and my guy is naturally fast, so my plan was to just be as fast as I could be without doing anything crazy. It all came up great. Friday was the biggest class he’s [Castlefield Vegas] jumped so far, and he won that, so I was delighted. Today I was interested to see how he would go along with that. He jumped great, and I had a good feeling.” 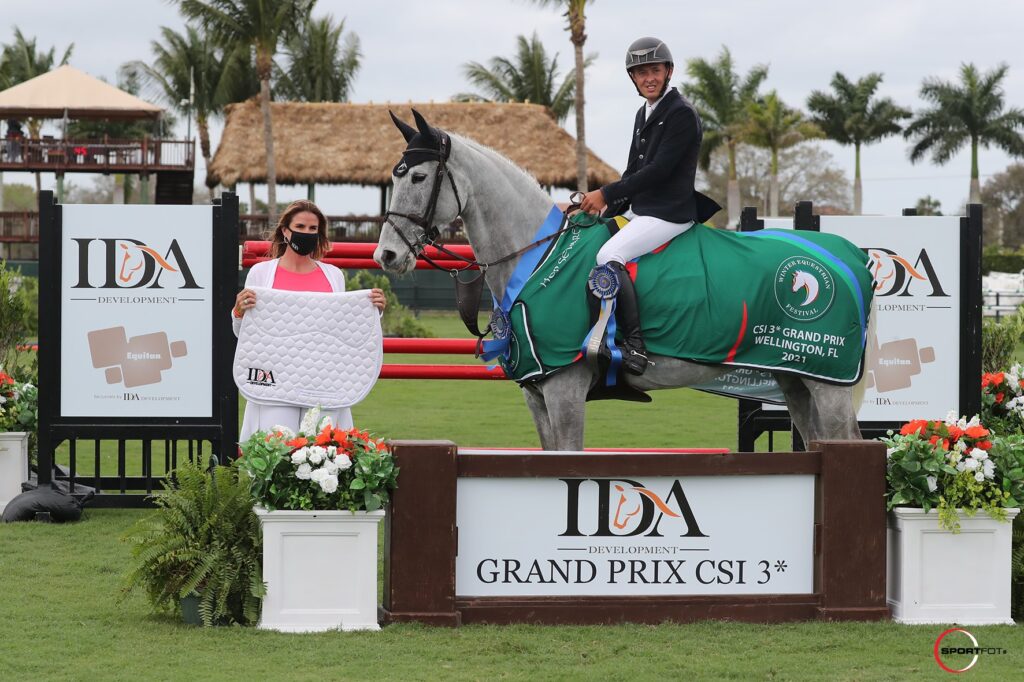 Less than three-tenths of a second off the leader, Egypt’s Nayel Nassar rode Igor Van De Wittemoere to a second-place finish when clear in 37.39. Limerick’s Paul O’Shea and Skara Glen’s Chancelloress, owned by Skara Glen Stables, crossed the line clear in 38.35 to take third place overall.

“I thought it was a great course,” said O’Shea, who is ranked 40th in the world. “I was very happy with my mare. She was good the other day too, so I think we went as quick as we could. I’m very happy with her, and at least another Irishman won! Bertram’s horse is co-owned by a very good friend of mine, so it’s great to see them going so well.”

Derry’s Daniel Coyle was next best in fourth place with Legacy, while Offaly’s Darragh Kenny was close behind in fifth with Urhelia Lutterbach.

Meanwhile in Europe, Foran Equine Rider Harry Allen and the 10-year-old stallion Guinness too runner-up spot in the two-star Grand Prix at Ornago in Italy where victory went to Bryan Balsiger (SUI) with Clouzot De Lassus. 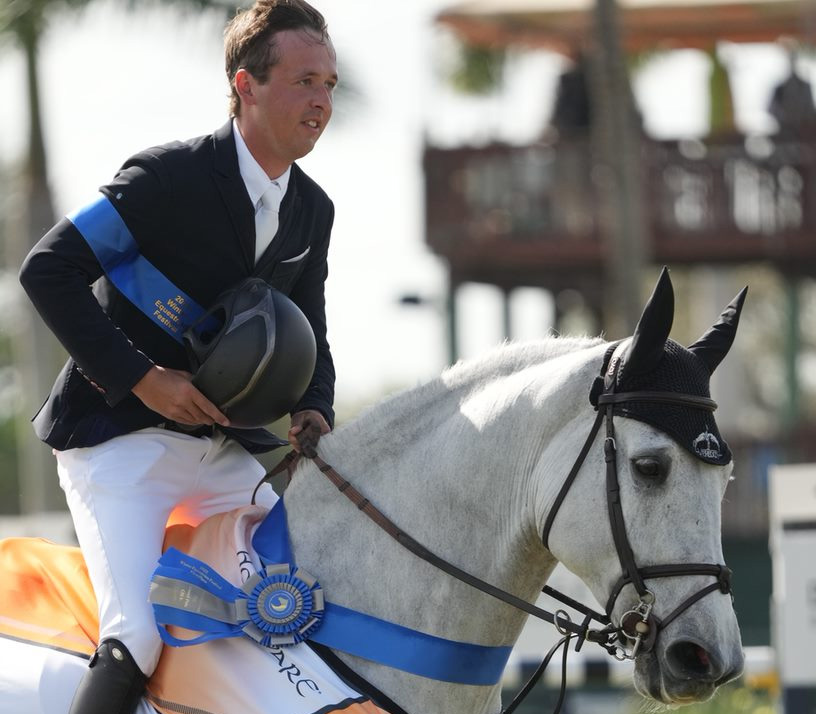 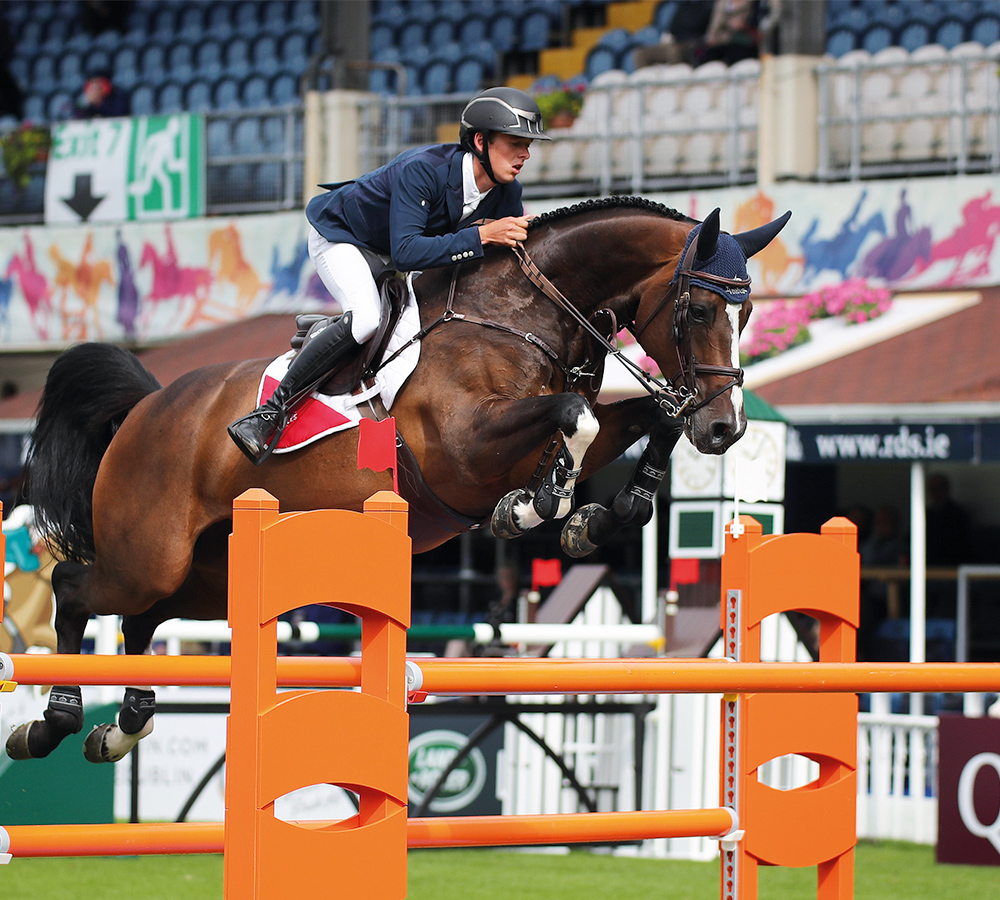